​​​​​​​From cocoa, cashew nuts, palm, bananas and pineapples to cotton, the challenge is to move beyond raw materials. All the while ensuring the country's food-self sufficiency .

The situation has not really changed since independence in 1960. The agricultural sector remains one of the major pillars of the economy and a major provider of employment, with a workforce of more than 5 million people, 33% of whom are employed in cash crops.

On Tuesday 2 November 2021, the cocoa sector saw the inauguration of an extension to the Yopougon grinding plant, making it the largest cocoa bean processing plant in the world, with a 170,000 tonne capacity. With cocoa being the country's main export product, Côte d'Ivoire is aiming to reach a grinding capacity of more than 950,000 tonnes of its average annual 2 million tonne production by 2022.

The cashew processing rate is improving and, in 2021, reached almost 15% of national production, compared to less than 10% two years before. The Cashew Value Chain Competitiveness Project (PPCA) – financed by the World Bank – has made it possible to set up processing plants in several areas and this will contribute to increasing the processing rate. The revival of the textile industry in Korhogo, Bouaké, Dimbokro and Agboville has given the cotton sector a new lease of life. According to the cotton industry's interprofessional agricultural organisation (Intercoton), the 2021-2022 season promises to be historic, with the sector's 132,000 producers achieving over 580,000 tonnes.  In 2020-2021, Côte d'Ivoire produced 520,000 tonnes, making it the second largest producer of what it calls “white gold” in Africa, after Benin (750,000 tonnes), but ahead of Burkina Faso (492,600 tonnes) and Mali (147,200 tonnes). Cotton is the fourth largest contributor to agricultural export earnings, after cocoa, natural rubber and cashew nuts.

The government has plans for the country's rice sector too. Its 2021-2025 National Development Plan aims, among other things, to increase self-sufficiency in this staple food from 70% to 100%; to grow rice's current gross domestic product (GDP) from 4% in 2021 to 12% by 2025; and to boost the average annual increase in milled rice production from 50% to 90% over the 2021-2025 period.  In operational terms, the aim will be to build and equip the 20 rice production centres and to modernise the mechanisation and equipment acquisition procedures.  At the same time, emphasis will be placed on giving women access to farming in the irrigated areas.

Also, Prime Minister Patrick Achi said that, in the quest for self-sufficiency in fish by 2025, the strategic programme for the processing of fish from the country's aquaculture industry would be launched by the end of 2021. The country imports fish products worth 325 billion CFA francs every year.

​​​​​​​Under the 2021-2025 NDP, the government is committed to simultaneously addressing two other strategic thrusts. The first focuses on improving the competitiveness of produce from plant and animal production. This concerns all stages of the process: seeds, irrigation, mechanisation, farming techniques, fertilisation, transport, storage and quality control. The second concerns the proper integration of agribusiness into global distribution and marketing channels, which will make it possible to gain export market share via efficient and secure outlets in Europe, America and Asia, while taking advantage of the market opportunities offered by the Economic Community of West African States (ECOWAS).

While the government wants to create equitably shared wealth from agriculture, it also aspires to ensuring food security for the entire population. The anger of Ivorians in the first half of 2021 over the high cost of living is still fresh in their minds. At the time, numerous households were protesting about the high cost of basic foodstuffs. Admittedly, this was true in most importing countries in the aftermath of the Covid-19 global pandemic. However, the government wishes to offer a stable solution to this situation, guaranteeing the competitiveness and sustainability of agriculture. With this in mind, through the 2021-2025 NDP, the state plans to considerably increase annual food crop production, boosting maize from 11,277,789 tonnes to 1,393,951 tonnes, yams from 7,932,872 tonnes to 9,463,339 tonnes, manioc from 6,964,600 tonnes to 80,647,107 tonnes, and plantains from 2,050,095 tonnes to 25,481,107 tonnes. This means producing enough to make food products accessible and less expensive. This will help to minimise the country's dependence on outside supplier countries. For example, Côte d'Ivoire needed 2.2 million tonnes of rice in 2020. Its domestic production was estimated at 1.3 million tonnes, so it spent 317 billion CFA francs on importing the 900,000 tonne shortfall.

Finally, although the country produces 5,000 tonnes of fishery products each year, it still short of 500,000 tonnes of fish over the same period. The government is therefore keen to increase animal and fish production and make it competitive, in order to reduce dependence on external sources. 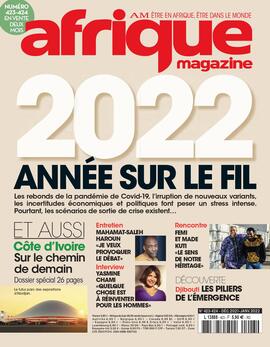 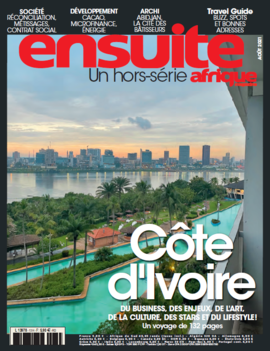 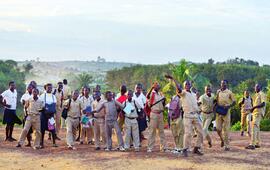 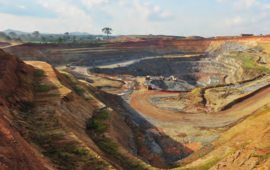