And then, the war arrived, suddenly, on the night of February 23 to 24. The forces of the Russian Federation entered Ukraine, a sovereign nation, in a "special military operation". In reality, a major conflict with systemic and international repercussions.

The images of the aftermath are staggering. The bombings, the missiles, the tanks. Civilians under fire, victims, destroyed cities. And the specter of the atomic weapon... So here we are in this famous world after.

One can understand, and admit, Russia's security imperatives, its desire to stop NATO's eastward progression, to put on the table "demands" for a new security arrangement in Europe, at its borders. This goes beyond the post-1945 arrangements and those that followed the dismantling of the Warsaw Pact. And which implies the "neutrality" (a concept yet to be defined) of some of their neighbors.

And one suspects that the United States will have sought to push their advantage since 1991 and the fall of the USSR. To enlarge NATO. We also suspect that they will have supported pro-Western movements in Belarus, and especially in Ukraine. And that the United States will have pushed Kiev to manifest a form of assurance, of temerity, without obviously having the real intention of defending them in case of catastrophe, leaving them almost naked in front of the Russian army...

And we should have imposed red lines to the Russian policy of intimidation, to violence, after Chechnya, Crimea and Syria... That we should have found the means to say stop to Vladimir Putin.

And that this war is about the "North", the West, the Russians, the Europeans, the Americans, and that the indignation is tragically selective, and that when the United States almost wiped Iraq (or other countries) off the map, nobody stood up, that the Palestinians have been under occupation for more than fifty years, that Yemen is in the grip of a war led by Saudi Arabia, etc. And that no one cares that everyone accepts.

Yes, we can understand and decrypt, and put things into perspective.

But, in the end, the invasion of Ukraine remains a characterized aggression, unacceptable. A massive attack without a compelling reason, against a relatively democratic nation, with elected leaders. A ten-to-one attack, with mass destruction and the targeting of civilians as a military strategy. Based on fake or surreal casus belli ("denazification", protection of Russian-speaking citizens, autonomy of Donbass...). The truth lies elsewhere. For Vladimir Putin, the idea is not only to push back NATO (or the very virtual possibility that Ukraine will join NATO one day in the future). The project, the ambition, is to erase the independent Ukraine, to absorb it into the motherland. To push back the West, to humiliate "this empire of lies", these countries of "cowards", to take revenge on history, to re-establish the great Russia - not the one of the communists, rather the one of the tsars. It is to recreate the great imprint of a Russian-centric empire, which silences its own minorities, which disputes the existence of Ukraine, Belarus, Moldova, Georgia, and even Kazakhstan, and perhaps also that of the Baltic republics. And others... Under the guise of security, it is an imperial war, of reconquest, with an unbearable human cost. In the 21st century.

A war that is all the more imperial, even colonial, since most of these peoples, the vast majority of Ukrainians, Belarusians, Georgians and Moldovans want to join the European Union, the system of liberal democracies (at least on a nominal level). Ukrainians and Belarusians are cousins and brothers who are desperately trying to get away from "the family"... And Russia, in the face of this protest, this demand for emancipation, offers only force and constraint, which is necessary for the maintenance and survival of an authoritarian power in Moscow.

This war is first of all that of one man, Vladimir Putin, a surprisingly unquestionable master, who has been able to reincarnate a dream of powerfullness, who has constantly used war as a political weapon (in Chechnya, in Georgia, in Ukraine...), who has dangerously rekindled the fires of Russian nationalism (and "Nationalism is war", said François Mitterrand...). It is the war of an isolated man, rational or irrational (the two are not incompatible), who is approaching 70 years old, and who can contemplate his finitude, the limit of time. A solitary man, surrounded by a few corrupt and submissive oligarchs and a few loyal henchmen - trained like him at the KGB school - who hold the country. It is the war of a country with a formidable atomic power, almost equal to that of the United States. The nuclear weapon, nightmare of humanity, ultimate asset of Russia. It is also the war of a "poor" country, whose population (144 million) is declining, whose economy ($1,500 billion GDP) "weighs" less than that of Italy ($1,880 billion), depends on imported technologies, and lives only on oil and gas revenues. A country fundamentally in crisis, turned to the dreams of the past, instead of investing in future projects.

You know how to get into a war, but you never know how to get out of it... The invasion of Ukraine did not really go as planned, the Ukrainians resisted fiercely. A nation is born. A hero too, with Volodymyr Zelensky, "president courage", master of planetary communication. And Russia, by bombing "its brothers", gives birth to generations of resistance fighters.

The outcome of the battle itself, unbalanced, is not in doubt. But how, apart from real negotiation and fair compromise, could Russia contain and control a fundamentally hostile country of 45 million inhabitants, the second largest in continental Europe? With what resources? With how many tens of thousands of men on a permanent basis? With what self-proclaimed leader who would not be hated as a traitor? And in the face of what resistance?

NATO, the United States and Europe have not engaged in a direct military confrontation with potentially devastating consequences. Always this nuclear option, and then, we will not die for Kiev - "It is not vital." But in a matter of days, the West has put in place a "package" of sanctions like never before seen in modern history. In a few days, Russia has been literally cut off from a large part of the rest of the planet, economically, culturally, even physically (with the closure of airspace).

A debate is opening on the need to do without Russian oil and gas. Or to reduce this dependence. Embargoes and sanctions can always be circumvented, Russia is resilient, it is a great country, and it will be long before we can do without its gas or oil. But the price to be paid for Russia, by Russian citizens, will be immense. In particular for the urban elites, for the educated youth, for the creative people, for the entrepreneurs who are facing a “no future”. Exile will become an option. In a few days, three decades of integration into the global economy will have been annihilated. Russia will become unstable, impoverished. Cornered and destabilized, and therefore dangerous. The rational and irrational parts of Putin, of his close entourage, will become essential factors of the security or insecurity of the world. A slip, a flight forward, a modification of the internal balance, a rupture, everything is possible...

Bourgeois" Europe, softened by more than seventy years of peace and prosperity, finds itself with a powerful and permanent enemy at its door. It has also discovered in itself a unity, a sense of common destiny, through its fragility and the need to assume a greater share of its security. Military budgets were going to explode, first and foremost in Germany. The "neutral" countries (Finland, Sweden...) will be tempted to stop being neutral. Or to join NATO, accentuating military tensions. In the short term, the crisis risks causing a major economic storm on both sides of this new "wall". Instability, war, soaring energy prices and inflation will make any post-Covid recovery very risky. The price of wheat is reaching stratospheric heights, as are other foodstuffs. The emerging countries, the most fragile countries, are likely to pay the heaviest bill with all the possible political consequences.

The geopolitical order of the world will change. Russia will try to disengage itself by relying on secondary and tertiary powers such as India, Pakistan, the Gulf countries, Cuba, Venezuela... It will try to pose as a counterweight to Western hegemony, to generate vocations in Africa and in the four corners of the world. This plan will depend on Russia's ability to get around the sanctions, to get out of the war in Ukraine. And it will depend essentially on China. China, an "unwavering friend" according to the communiqués, a global economic and military power, within reach of Taiwan... A combative China, determined to promote a new world balance at the expense of the United States, and of the dollar economy. But a China also and above all concerned about its internal stability. And its aging, demographic devitalization.

Africa will be one of the high stakes in this geostrategic disorganization-reorganization of the world. It will not be able to remain on the sidelines of the realignments, pleading "it's none of our business". The economic impact will be there. And alliances and counter-alliances will certainly find fertile ground with fragile states. As we have written in this magazine, the continent is unstable, fragmented, but it is inescapable. It is at the center of the world. It is a "young" continent, with a favorable demography, rich in soil, subsoil and potential.

War is a barbarism, the proof that a part of our humanity is tempted to eternally replay the tragedies of the past, to favor the law of the strongest against the weakest, to think of territories, conquests, booty. But the world is changing. The economy itself is changing. Today, knowledge and intelligence are the key to power, wealth, and progress, and this cannot be conquered, nor can it be submitted. The challenges we have to face, those that threaten our existence (apart from the atomic weapon), go beyond the narrow framework of yesterday's world. The wear and tear of our planet, global warming, deforestation, pollution, mass migrations, Covid-19 and the viruses to come, all this has no borders, no territories. The challenges of the millennium, the future should transcend us, bring us together, move us away from fragmented and murderous identities.

This should be the real world after. 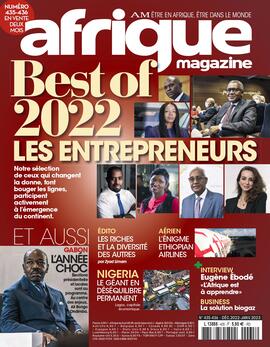 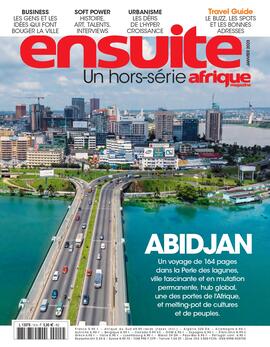 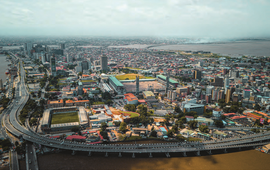 Officially, it is the richest country on the continent, just ahead of South Africa, boosted by its oil economy. It is also the most populated, with 210 million inhabitants including two-thirds living in "multidimensional" poverty. An ethnically complex giant, weakened by terrorist violence. A nation in permanent crisis, which is about to elect a new president, a "miracle" personality...

South Africa on the edge 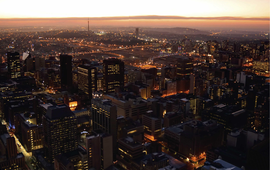 Thirty years after the fall of apartheid, the country is facing multiple crises: low growth, scarce energy, record crime, corruption, persistent social inequalities inherited from segregation... The dream of a prosperous "rainbow nation" is getting further away every day. 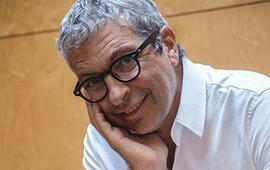 Here we are, all of us on the shores of the Red Sea, in Sharm el-Sheikh, for the 27th Conference of the Parties on Climate Change.