Biofuels, bioenergy... On the road to green business

Will Congo be producing biofuel soon? The government hopes so. Aiming to diversify the economy and reduce the country’s energy dependence, it has been working with Eni Congo, the Italian oil group’s subsidiary, on creating a consortium to develop huge palm oil plantations whose surplus production would be used to make biofuel.

Likewise, Brazil’s Andrade Gutierrez will probably spearhead a project to make ethanol from sugar cane. Congo might even become a biofuel and bioenergy exporter. The African Biofuels and Renewable Energy Fund (ABREF) has launched the three-billion-FCFA Congo-Carbon project (to make industrial charcoal from forest residues), enabling the sequestration of 2.7 million tons of carbon over a 21-year period.

Congo is on the road to green business, which has sound prospects in a country that has taken a passionate interest in environmental preservation. The success of Sitrad-Congo, which set up the region’s first ecocluster, proves that the outlook for subcontracting and even upgrading of recycled oil waste is bright. The increase and expansion of parks and reserves have enhanced the ecotourism potential. Odzala-Kokoua Park is an example of how this new kind of tourism targeting a growing international clientele has direct, positive effects on nearby populations. As proof of interest in this activity, on 30 April the US-based Congo Conservation Company signed a concession agreement to invest €2.5 million in the 1,300km2 park’s development. “This accord,” says Congo’s sustainable development, forestry and environment minister Henri Djombo, “means OdzalaKokoua will be the pilot experiment of the public-private conservation partnership Congo wants to set up.” By François BOMBOU

AFTER THE 2009 COPENHAGEN CLIMATE SUMMIT, in June 2010 the PointeNoire Chamber of Commerce and its president, Sylvestre Didier Mavouenzela, held Congo’s first green business forum, in partnership with the ministry of sustainable development, forestry and the environment, the Economic Community of Central African States and two private firms, Géo-Ecostrapol and 2AD Conseils. It took place from 6 to 10 June 2011. The idea that the Congo basin is overflowing with agroforestry, ecotourism, ecoconstruction and renewable energy potential underpinned the event, which mobilised players from the public and private sectors, encouraged initiatives and attracted investments with the aim of making Africa a major green energy actor and, in the long term, doing away with the oil-export-based economy, creating jobs and improving living conditions. “The first new technology boom bypassed Africa,” says Mr. Mavouenzela. “We mustn’t miss the green business bus.” By  Élodie Vermeil 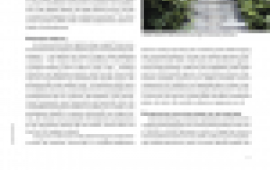 The government is committed to preserving and enhancing Congo’s 22 million hectares of forest that make the country one of the planet’s lungs. 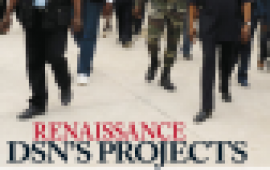 The country is changing, with a new airport, new roads, new dams and new directions. The time has come to build infrastructure, boost employment and implement social reforms.

Infrastructure Towards a real takeoff 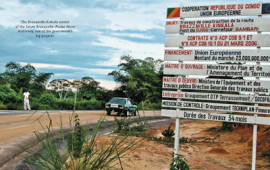 Economic development depends on expanding Brazzaville’s airport, rehabilitating the Congo-Ocean Railway (CFCO) and extending and modernising the port of Pointe-Noire.