In 2006, barely 22 and holding a degree in political philosophy, Hadeel Ibrahim joined the foundation that her father, the Sudanese billionaire Mo Ibrahim, had just set up. The young general manager shares the same goals as the creator of the eponymous award, which is bestowed upon African Heads of State for their leadership. Ms. Ibrahim is also involved in humanitarian activities, such as campaigning for victims of climate change in the organisation Climate Justice and working for Femmes Africa Solidarité, an NGO founded by Senegal’s Bineta Diop. Now over 30, she is working at UNESCO to preserve cultural heritage. But she needed more. In September 2014, Ms. Ibrahim launched the Africa Center in New York near Central Park. The venue, which hosts exhibitions and conferences, aims mainly to show Africa, its cultures and its artists in a new light. 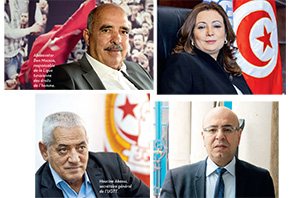 On 24 November, another deadly terrorist attack – the third in a year – hit Tunisia, in addition to many attacks in the Mount Chaambi region and against the security forces. Grief, resilience and

Under the rainbow ﬂag 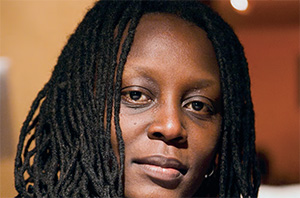 Kasha Jacqueline Nabagesera made the June cover of Time magazine for bravely defending LGBT rights, a crime punishable by life imprisonment without parole in Uganda 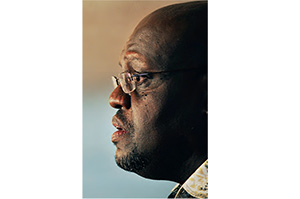 “Worse than ever!” John Githongo doesn’t mince words about corruption in Kenya. “President Uhuru Kenyatta’s administration is the greediest we’ve seen in 20 years