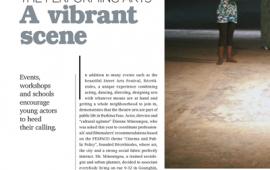 In addition to many events such as the beautiful Street Arts Festival, Récréâtrales, a unique experience combining acting, dancing, directing, designing sets with whatever means are at hand and getting a whole neighbourhood to join in, demonstrates that the theatre arts are part of public life in Burkina Faso. Actor, director and “cultural agitator” Étienne Minoungou, who was asked this year to coordinate professionals’ and filmmakers’ recommendations based on the FESPACO theme “Cinema and Public Policy”, founded Récréâtrales, where art, the city and a strong social fabric perfectly interact.

Mr. Minoungou, a trained sociologist and urban planner, decided to associate everybody living on rue 9-32 in Gounghin, adjacent to the National Arts and Culture Training Institute (INAFAC), with his project at every stage. The entirely pedestrian, claysurfaced street ends in a courtyard that has a modular theatre with 1,200 stepped seats, an area where up to seven stages can be set up, a set storeroom, tool room, sewing workshop, open-air restaurant (La Cour des miracles), administrative offices and other facilities. Fabric hanging lamps and sculptures made of salvaged materials provide the whole with visual coherence.

Every year since 2002, theatre people have unpacked their bags at Récréâtrales to create plays during a residency. Then, the works are performed for a month in the courtyards of houses on rue 9-32. The actors, writers, directors, set designers, etc. stay with families living on the street. Everyone participates in the event, which draws crowds from throughout the city.

Judging from its programming’s regularity and quality (30 shows since 2002), the Ouagadougou International Theatre Crossroads (CITO) is also thriving. With 400 members and a permanent staff of 12, it is the country’s biggest cultural association, “a melting pot that brings together all the performing arts in a highly professional way,” says administrator Martin Zongo. CITO’s management is based in Burkina Faso and Norway, where actor Issaka Sawadogo lives. Sawadogo, the project’s driving force with Aminata Diallo-Glez (the famous actress in Kadi Jolie), among others, belongs to Burkina Faso’s second generation of thespians, who were trained by Jean-Pierre Guingané, Prosper Compaoré and Amadou Bourou. “He was the first person to make a living as an actor in Burkina Faso,” says Mr. Zongo. In March CITO staged The Charlatan, an earthy adaptation of Frenchman Jules Romains’ Knock directed by Laure Guiré (see p. XV): it sold out every night.

I DANCE, THEREFORE I AM

In 2000, dancers and long-time friends Salia Sanou and Seydou Boro joined forces to set up the huge Dance Development Centre (CDC), also known as the “Termite Hill”, behind the municipal stadium not far from CITO. They no longer create together but still co-direct the centre, which has a permanent staff of 12 and moved to its current site in December 2006 with government support. The Termite Hill hosts seven troupes in residency each year and stages the Dialogues of Bodies festival every two years. In collaboration with the director of Bamako’s Donko Seko centre, choreographer Kettly Noël, the centre also organises the “I dance, therefore I am” initiative. “We give 25 young people in difficulty singing, acting and dancing classes for three years,” says Mr. Boro. “Some already have jobs with international troupes” (see p. XIV).

The next step will be refurbishment of the huge hall in the Théâtre Populaire next to the dance studio. This year, Mr. Boro staged FESPACO’s opening and closing ceremonies: 700 people performed with Benin’s whirling dervishes, Boromo’s “Les Grandes Personnes” marionettes, Niger’s Bororos and others in 4 August Stadium. Two years ago, Mr. Sanou was in charge. He and Mr. Boro are still crowd pleasers, but so is choreographer Irène Tassembédo, the director of Edit, a dance school with two rehearsal studios and a 300-seat theatre. Since 1988 she has headed the company bearing her name, whose repertory includes around 15 creations that have travelled in Africa and Europe. 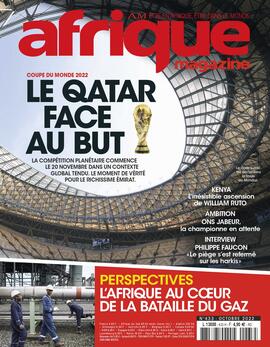 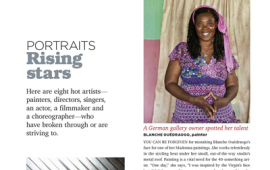 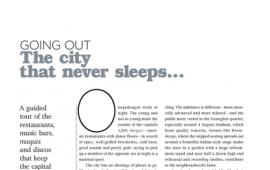 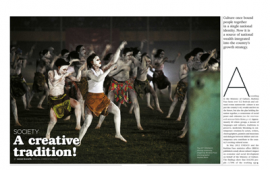